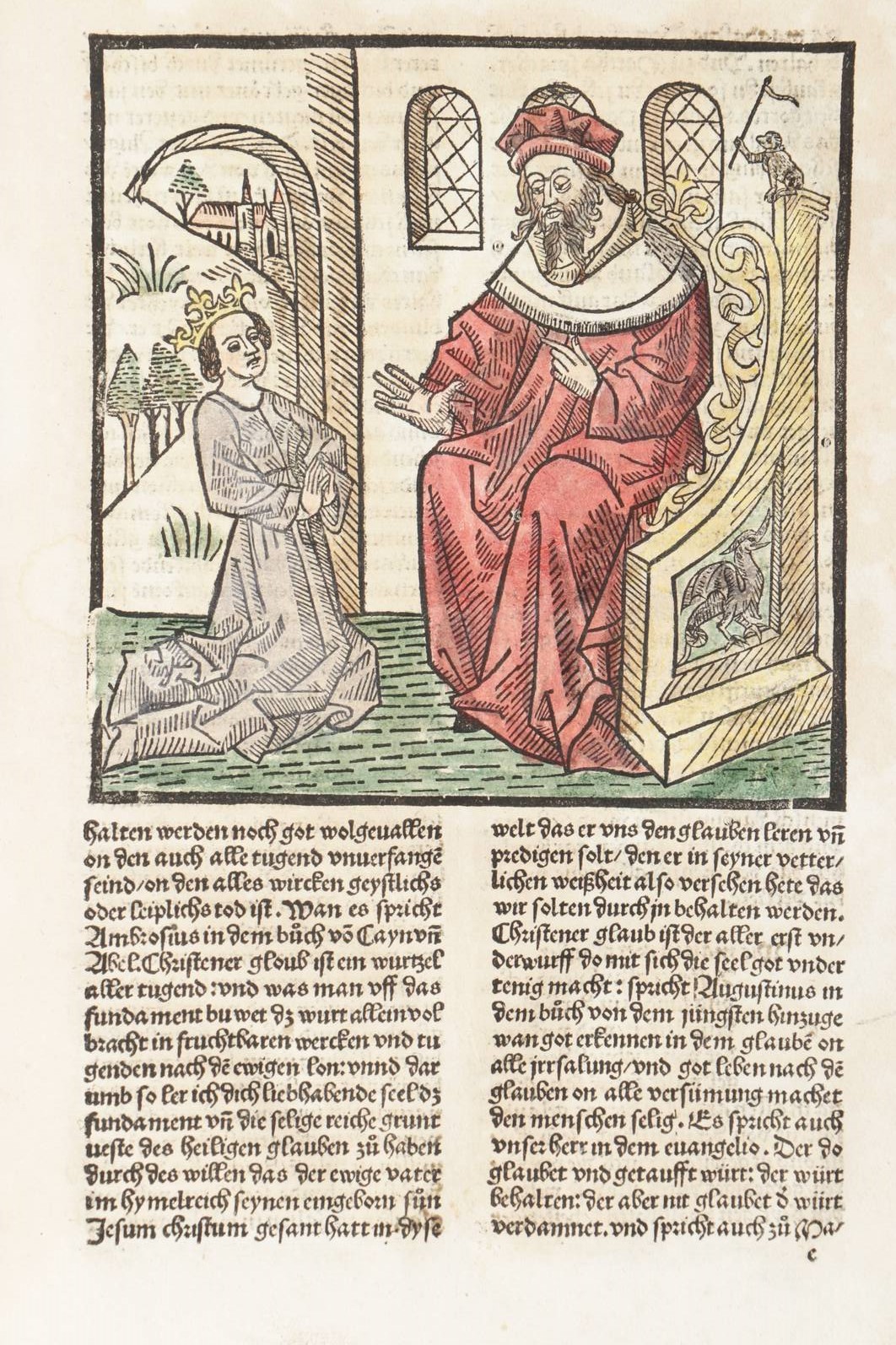 = German devotional work also known as Das Buch vom goldenen Thron. With approx. 140 German reprints it was an immensely popular work. In 24 chapters the 24 Elders that gathered around the throne of the Lamb during the Apocalypse advise the reader on how to eventually reach "the Golden Throne". HC 12130; Goff O123; Schreiber 4883. SEE ILLUSTRATION ON FRONTCOVER.