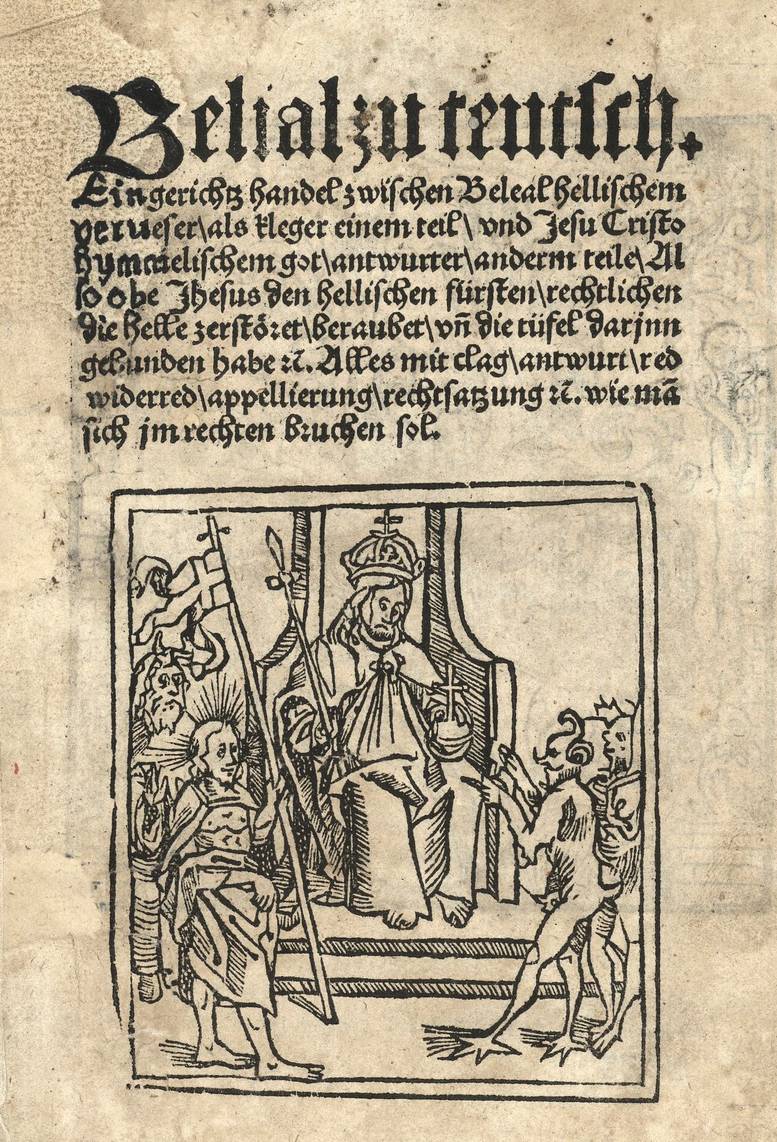 = Very rare German translation of the curious work Consolatio peccatorum by Jacobus de Theramo on the trial between the devil Belial and Jesus Christ regarding the rule of mankind. Jesus is assisted by Moses and Belial (or Satan) calls Adam and Eve as witnesses to the stand. The late-medieval jurisprudence is held throughout the trial. SEE ILLUSTRATION PLATE CIV.