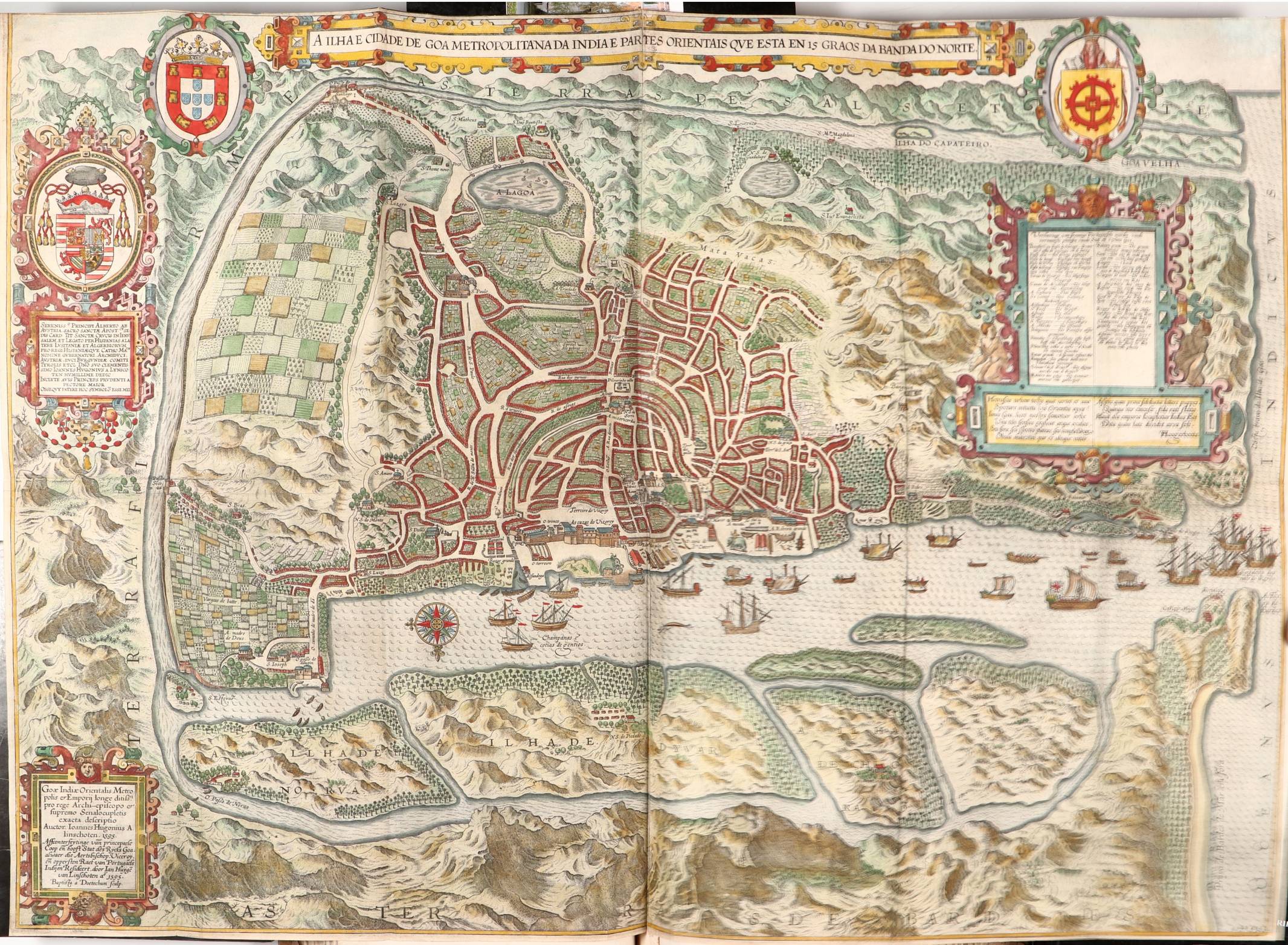 = Tiele, Bibl. Land en Volkenkunde 680; for the important and influential worldmap see Shirley 187; cf. Tiele, Mémoire p.83ff (listing the first edition 1596), Muller, America 2185-2187 and Sabin 41356. "This inestimable book, a treasure of all knowledge and learning relating to the East- and West-Indies and the navigation thither, at the end of the 16th century, has been in the highest esteem for nearly a century, and was given to each ship sailing to India, as log-book. Hence the many editions (6 in Dutch, 3 in French, 1 in Latin); but this is also the cause that fine copies, especially with all the plates, are so very rare. As the long titles show, a large part of the book is occupied by translations of original Spanish, and Portuguese documents on geography, ethnography, statistics, navigation, etc. and also in these respects the book is of the highest importance and authority. These important documents on navigation and many other interesting relations are simply omitted by de Bry, in their Latin and German translations! The description of America occupies the pages 17 to 82 of the 3rd part." (Muller 2187). SEE ILLUSTRATION PLATE CXIV.