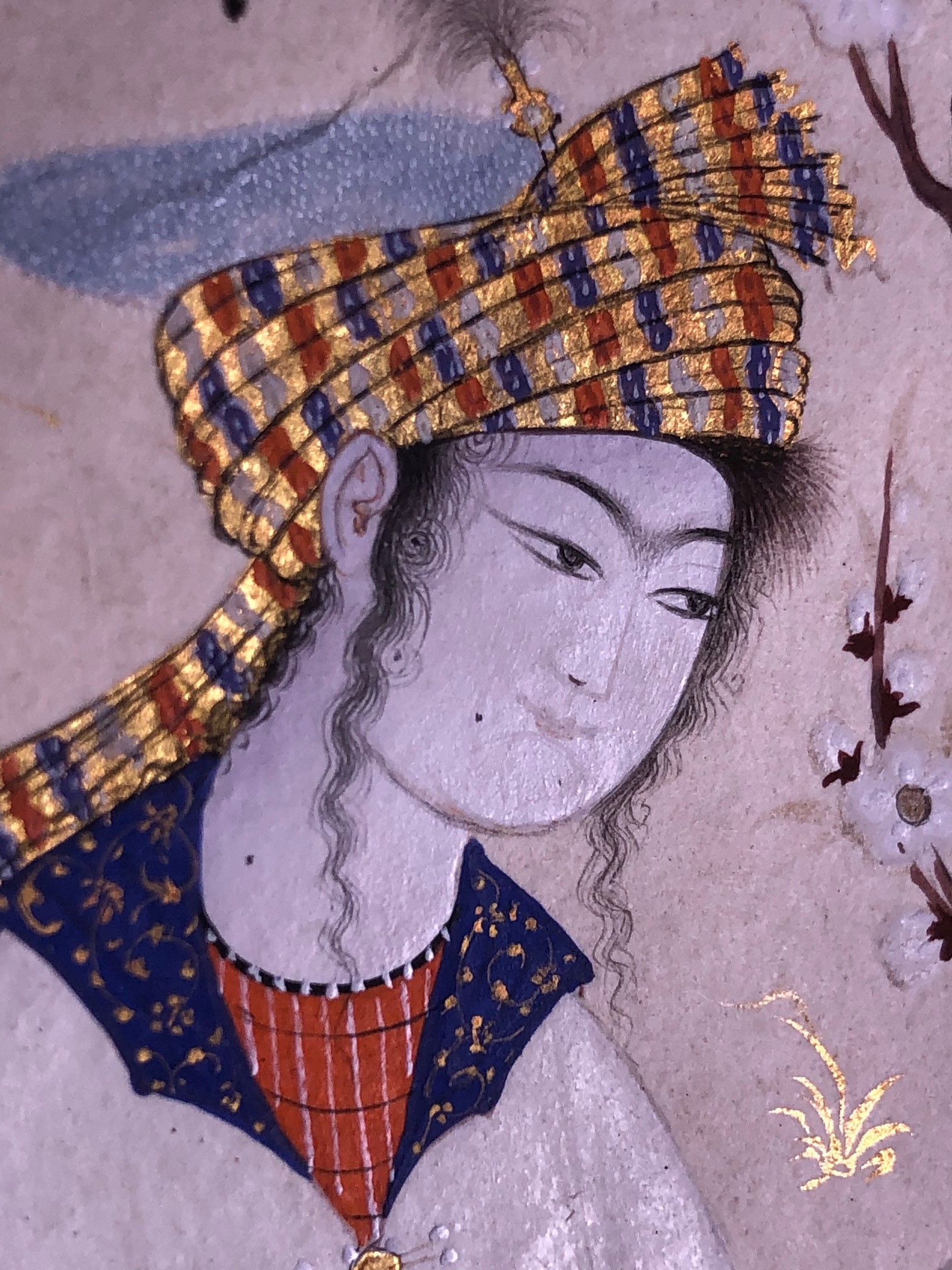 = The two Arabic stamps on verso date this painting to 1621 (the smaller stamp) and 1631 (the central one). The smaller stamp reads "Ali Waliallah", the bigger stamp is about Imam Husein; the farsi inscription in the margin mentions that the painting was delivered to someone named "Muhammad Beyg". An early 17th cent. manuscript Dutch annotation (caption?) on verso reads: "b[r?]alanat[?] met sijne mat[?]") which also proves that this miniature dates back to at least the first half of the 17th century. A highly refined miniature with meticulously painted details and with attractively decorated borders in a distinctly free style resembling that of the great master of Safavid painting of the early 17th century Reza Abbasi. Provenance: Jan Betram van Stolk (1854-1927), founder of the Museum Van Stolk, whose collection was sold by auction by Mensing in Amsterdam in May 1928. This painting was not included in the sale: it became property of the present owners by descent. SEE ILLUSTRATION ON FRONTCOVER.