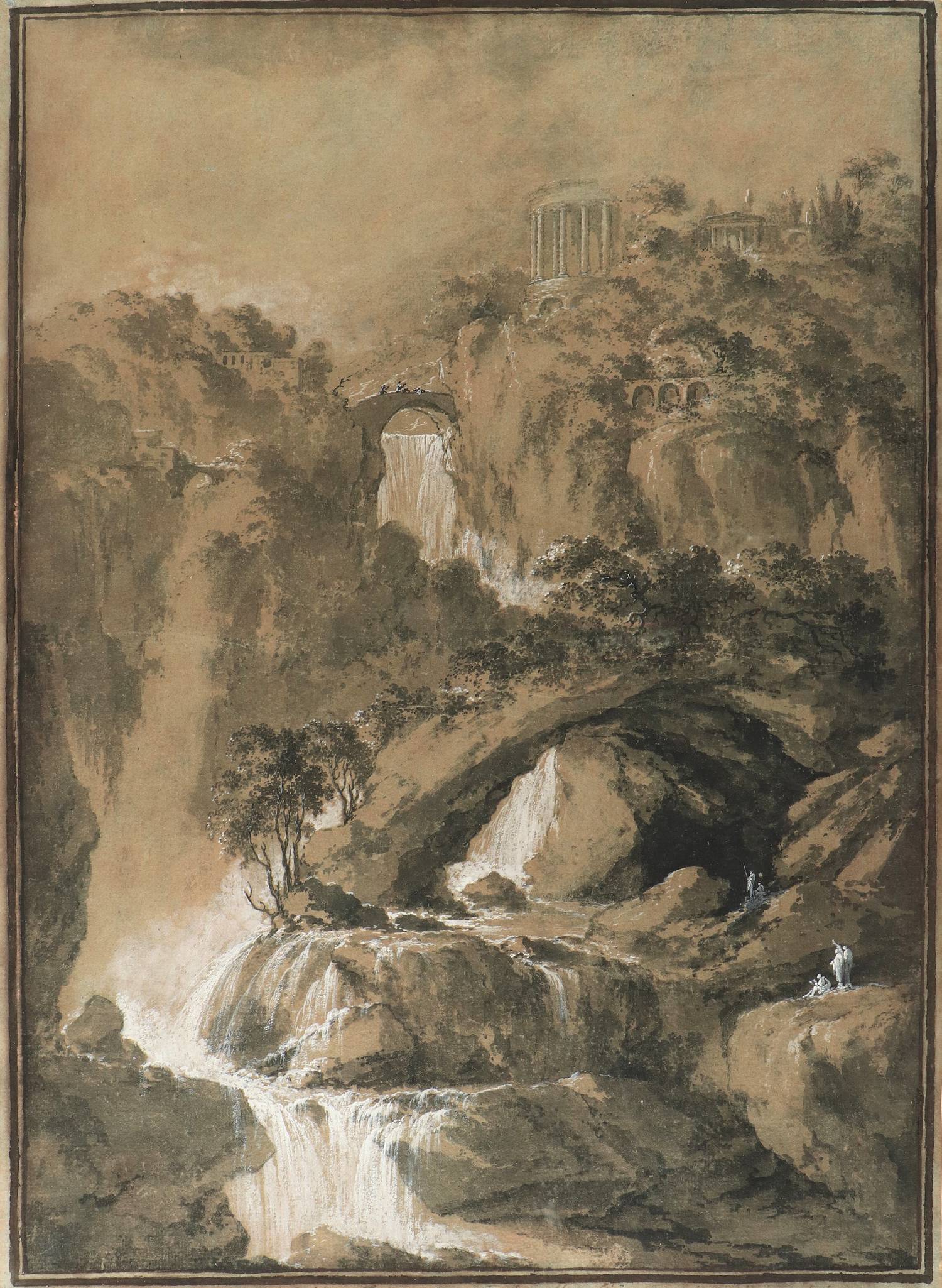 - Doubled; mounted on paper along outer margins on verso.

= "Jean Pierre Louis Laurent Houel (1735-1813), a landscape painter and engraver, studied architecture in Rouen before travelling to Paris. (...). Through the Marquis de Marigny he was sent to the French Academy in Rome in 1768, and the following year made his first trip to Napels and Sicily in the entourage of the Marquis d'Havrincourt. After his return to Paris in 1772 he exhibited his Italian views, which were well enough received that he determined on a second trip to Sicily. This he made from 1776 to 1779, including in his investigations Malta and Lipari. Here he assumed the role of observer, artist, and naturalist, amassing copious notes on new material. Claude-Henri Watelet and the director-general of the Gobelins Manufacture, d'Angivillers, were helpful in making this second trip possible. To finance it, Houel sold drawings that he had made in Italy when he returned to France. Forty-six were purchased by the king, and over five hundred by Catherine II of Russia. At this time he determined to publish the material he had accumulated on the voyage. (...) Houel was one of the first French artists to discover the antique ruins still visible in Sicily." (Millard, French Books, 80, note). SEE ILLUSTRATION PLATE XC.