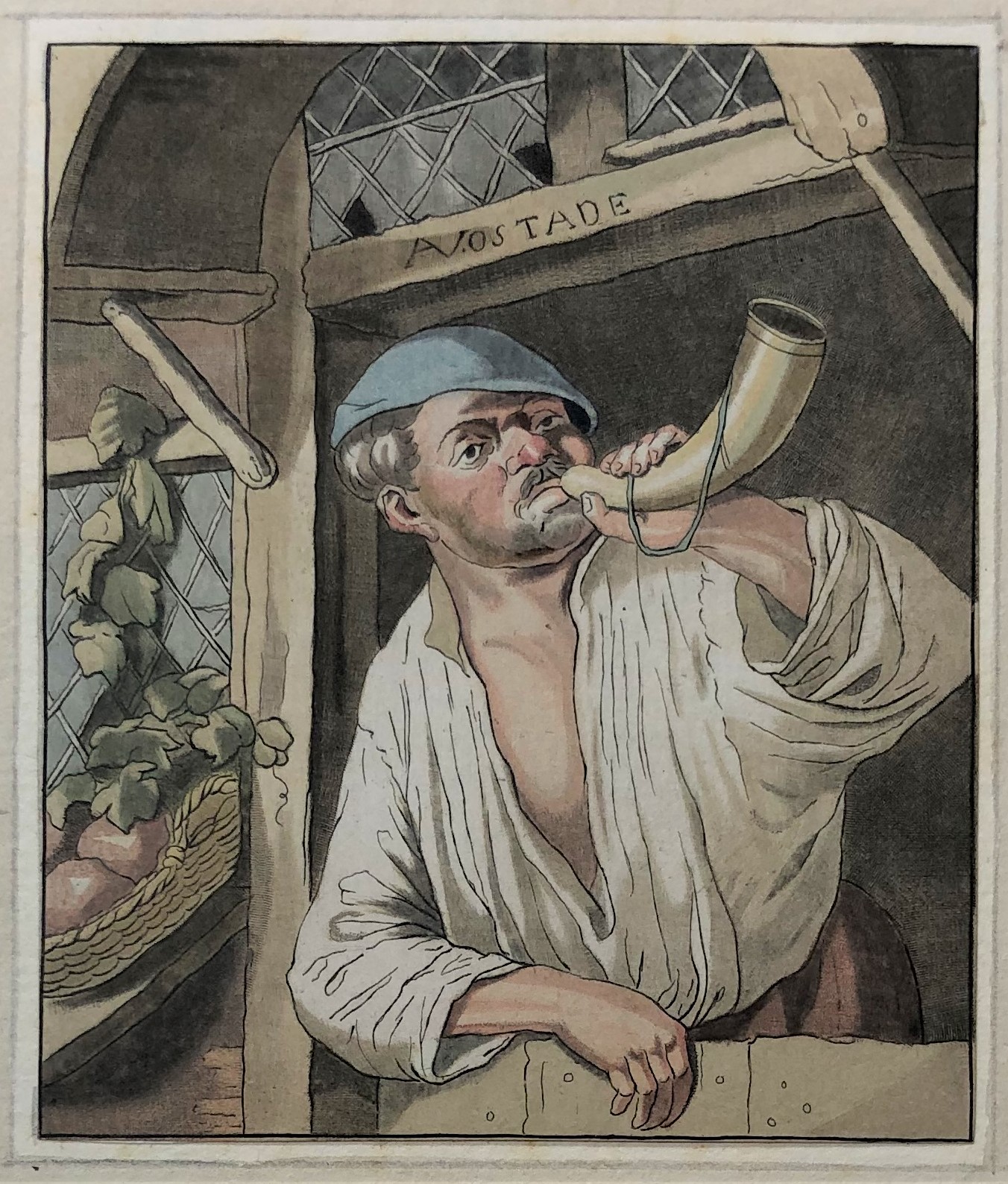 = This near complete, vast collection of prints is probably the largest private collection of 18th Dutch art reproduction prints after drawings (and prints) by Dutch 17th century and 18th century masters. Cornelis Ploos van Amstel, a wealthy wood merchant and private collector and amateur artist, created a method for reproducing drawings by Dutch 17th cent. artists in print form. He began experimenting with his technique in 1765 and further developed and used it until 1787. He trained and commissioned at least 29 artists to produce these reproductions over a long period of time. Quite a few of the so called "printdrawings" in this collection have a provenance that can be traced back directly to the artist or his collaborators, either because of a dedication by Ploos to his wife or to his fellow artists and art collectors that he new, or because of the collectors marks on verso. The collection also contains numerous prints in more than one state, rare (and occas. unique) variants of prints and three drawings (by Ploos van Amstel (?) (no.25 of the Hoofdprenten), one probably by Abraham Delfos and one by Jurriaan Cootwijck).

The collection can be divided into three main parts. The first part consists of the prints created in the series published by Ploos van Amstel and his successor Christian Josi (1768-1828) (listed in LNP under Hoofdwerk en bijwerken), and is almost entirely complete, with various plates in different states and variants (155 prints): the Hoofdwerk (46 prints) is complete, the Bijprenten lack no.51-54, 61 and 65 (1st group) and no.71 and 103 (2nd group). Included in this section is a small number of mainly 18th/ early 19th century books concerning/ illustrated by Ploos van Amstel. The second part consists of 229 prints by contemporaries or former employees. The third and final part comprises 89 prints by Bernard Schreuder after the prints by Van Ostade; these are basically not printdrawings but were created in the same manner. The collection also includes a few items that have no bearing on prints made by Ploos, but that are directly of interest for Ploos van Amstels artistic legacy, i.a. the AUTOGRAPH manuscript of Ploos van Amstels "Aanspraak bij de Uitdeling der Jaarlijkse Prijzen op de Stads Teken Academie te Amsterdam na de Redevoering den 4 May 1785" ((17)p., pen and ink, without wrappers. First leaf loose). Also included in the lot are approx. 10 prints that are not printdrawings (not counted). For a complete list of the contents of the lot CLICK HERE.